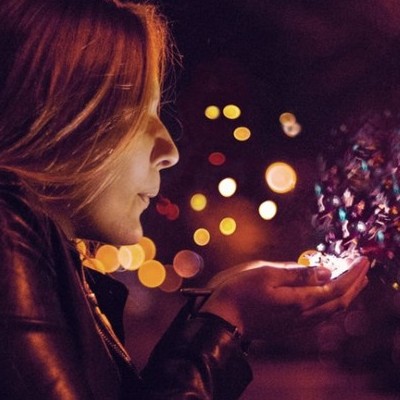 Humans are funny creatures. We are so mundane, but there’s magic in us.

There’s magic in making a life, in stringing the feelings and emotions and sheer humanity throughout a life lived well. What prompted such an introspective bent you ask? Well, that’s a topic all in itself now isn’t it? I was watching Inkheart the other night and it unsettled me. Something kept pushing and poking at the dark edges of my soul.

The magic is in creating

Think about it. Magicians through history are storytellers first, history keepers second and magicians only third. We live in a time (at least in first world countries like Canada where I am sitting), that automation is running rampant through our culture and society. When I went to school, grade five math was about learning HOW to do the math. Literally, learning the order of operations, how long division worked, how everything else fit together. I was required to ‘show my work’ and prove I knew HOW it worked as well as having to show that I could actually do the work. Two of my children now, have survived grade five math thus far, but it is ‘NEW Math’ and they are permitted to use calculators, so the processes are being automated. They learn not HOW to MATH, but how to get the Computer to do the math. Sure, they’re getting the idea behind the processes, but to sit down, with a pencil and work out the squares, volume and heights needed in even the most basic of construction sites is a skill that’s becoming obsolete. There are computers, drafting programs, and machines to do it all.

I can swing an axe, run a chainsaw, and generally haul lots of heavy stuff, with relative ease.

My kids question in this process is “why would I?” We could buy hoist, a skidsteer, or any other machine we need in order to do the work, why would I do it ‘the hard way?’ Call me stubborn.

As I said, automation, machines learning and replacing people in unskilled and skilled positions. The supermarkets now have automated self-checkouts. There are automated programs to replace about half of what I’ve been trained to do as an accountant. Where does that leave us in the coming years? It’s a bleak future where the skills we’ve trained to have and earn from are being outsourced and automated, what will a man do to support his family?

Resistance is futile (to steal a phrase)

We can either lead, follow, or get out of the way. Progress happens, without fail, and without stopping. Automation is coming. Fighting to stay on the assembly line, while lucrative and comfortable for some, especially in the unions, is ultimately not a good long term position. Hell, half of my aunts and uncles back in Ontario are directly affected by the GM plant closure.

Think about it. Economies of scale, and economies of efficiency are both inherent in progress and growth of our businesses and our economies as a whole. So, even if the union wins the fight, and that particular plant stays open keeping those particular employees in a job, other assembly lines will move forward and retool to take advantage of the new technologies, thus making the whole fight a losing retreat over time.

Progress is relentless, things get simplified and automated because that’s what we as humans do. We create, and we simplify so that we don’t have to work quite as hard to get the same results.

End point of this paragraph is that we will be faced with the noted automation and simplification of life whether we want to or not.

So, where does that leave humanity?

Everything is being done for us, life is one of ease (a dream, I wish such results on the whole of humanity, all mankind should be elevated to the point where the basic needs of life aren’t being withheld due to socioeconomic concerns).

To create is a gift, to dream is a bigger gift. The magic of mankind will win out in the end, but it’s the time from now until then that will take the hardest hit… Men and Women have forgotten what it is to dream and strive. Save for a few high profile leaders like Elon Musk, and even more obscure unknown individuals like our local evangelical pastor here in town, by and large we have forgotten to dream. Life has become an acquisition game, more about comfort and security than about finding the edges and blasting past them toward the future.

Artists, dreamers, builders, makers, that is who will lead the next wave of growth in society. Third world countries see the results because they don’t have the layers of wealth between daily life and the need for betterment. In our own comfortable first world lives however, we’ve gotten to the point where the patrons of a foodbank will complain about the free food they’re receiving, provided by the generosity of those who have a little to spare. Social service recipients start to view their temporary support cheques as an entitlement that should be provided free of strings or obligations.

I work for a living, and the condition prerequisite to receiving my paycheck is that I do the work, so in what world is it accurate to think that money shall be received just for the sake of being alive to receive it? Time to own up. What can you or I do to contribute in a world that’d becoming increasingly entitled and automated?

Time to Make Your Mark 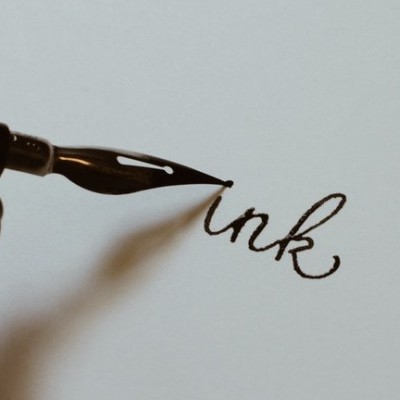 Service industries are being automated at a faster rate than ever before. Applications and robots are replacing people at a stupefying pace. To have a vision, to create a piece of art, to draft a document, a story, a legacy, these are the path forward.

Can you draw, sketch, or even draft? Of the three, I can draft marginally well, but can’t draw artistically to save my life, and drafting is being automated for the most part. Luckily I can dream and design. I can also STORY. I spin fantasy constantly. I need to learn how to channel that onto the screen or page, but it is a skill I possess.

Where I’m going with this is that there are painful growing times ahead while comfort is replaced by purpose, and we get back to making lives worth living, magical lives full of wonder and mystery, where the edges of the map, the ‘Here Be Dragons’ areas are not to be feared but anticipated.

It’s time to leave the boring crap to the computers and machines we as species have designed them to do, and get on with being adventurous, being inspired, being magical.

To close, a quote from The Lord of the Rings 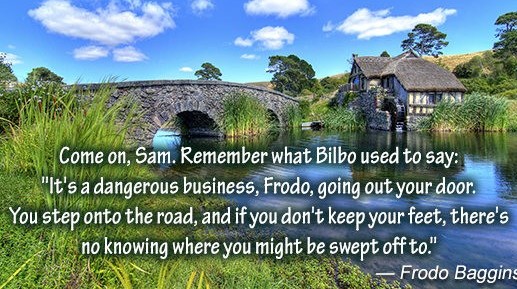