Let’s start by admitting you probably suck at writing, at least you think you probably do. You likely don’t but that’s another post. 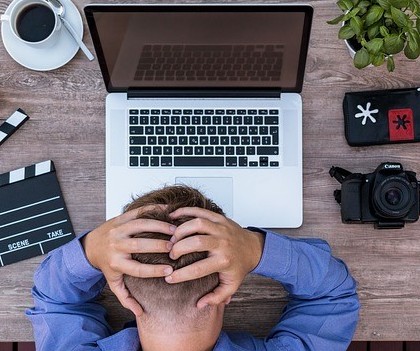 I mean, really, overthinking it is about exactly what we do isn’t it? Everybody has ideas, and there is some truth in the adage that every story has already been written, the best you can do is change up the window dressing. Writers tell stories, not mind blowing unique stories, where-in the very story itself will knock your socks off, but stories that the reader can relate to and identify themselves in.

Most writers have amazing ideas, about character, plot and pacing, settings, circumstances. True, it’s all been done before, but not in the way you will be able in tell it. Each one of us is unique, just like all the rest of them. The truth is however, that your story that you need to tell, while similar to other’s from the past (and future), is yours, and belongs to you alone. Therefore, because of the pressure you feel in needing in tell this amazing story just right and perfectly for your readers, you’re waiting until your skills match your ambitions; or in other words you are waiting until the story is not wasted on bad writing and incomplete skills, there are a couple of things I think that will ease those fears.

In essence, you’re a writer, and you need in write, but that’s not all we do as writers, which leads me in my next point:

You can’t fix a blank page, rewrites are your friend

First and foremost, NaNoWriMo is literally around the corner as I write this. It’s October 28th, and there’s about 72 hours until I probably start writing another bad draft of an amazing story.

What better example is there of the true value of simply starting out and writing the damned story. You’ve read mountains of books, not only on practice and how to write, but also the fiction you read for fun. You know pacing, you know good characters and bad cliches, you have all of this internalized.

You are going to write it out, and guess what? You are going to get it all wrong. Spots are going to fail, flop, go flat, or even outright go missing or wrong. It happens. That’s not the important part. You will learn, and then you can fix what you wrote.

But without that first draft, you’re doomed to stay in the hole you’re sitting in (as a writer).

You can’t edit a blank page. On a positive note however, no matter how bad it is, you can fix the draft as you get better. Or better yet, re-write the whole damned thing again when your skills improve. Then, once it’s re-written, either R&R the first attempt, or file the serial numbers off it and publish it under another title. Chances are you’ll have changed both your skills and the story enough that it barely resembles the first attempt anyhow.

Speaking of first attempts, nobody was ever just amazing out of the gate.

It is oft rumored that it takes a million words before you’re able in write effectively, and efficiently so that minimal re-write is needed and then you can focus on turning out amazing manuscripts…

That’s about four thousand pages, or twenty NaNoWriMo wins back in back. In all the years I’ve been deluding myself about writing, I’ve managed about 270,000 words towards NaNoWriMo Projects and probably another 100,000 words of fiction writing beyond that in the last ten years.

So I’ve got another 630,000 words before I can consider myself a valid writer right?

The point is that in writing, daily or weekly or whatever, you get better with each effort. Keep on writing. You will get better, it’s inevitable.

“Write a short story every week. It’s not possible in write 52 bad short stories in a row.” ― Ray Bradbury

The story you tell will change in the telling of it

While writing, your voice will change, grow more confident and your style will develop depth and nuances that you’d never have been able to imagine. Add in this fact that as you grow and proceed in life, your experience changes you; as you change, so does the story you tell.

Have you ever listened in a four-year old tell a story? It’s amazing, the vivid world created, the characters, the clear simple often abrupt or even broken story lines. Therein lies the beauty of a young child’s story. A teenager will tell the same story, nuanced with shades of grey, overtones and undertones of understanding, compassion, derision and maybe even judgment.

As an adult tells the same story, the depths shifts again. Our life experiences can’t help but color the stories we tell. If I were to try talking about the theater culture in New York it would be from the vantage of a four-year old (since I have only the vaguest idea of what said culture is), but I have cousins and friends that could tell me in depth about that culture; in turn they have no idea what a crisp breeze through the fall forest feels like when you’re stalking on a hunt.

We bring our life with us when we tell a story; me, you, everyone. That life gives color and depth to a story, nuanced in ways we can’t even begin in imagine.

Thus like the changes in a story from the young child’s telling in well traveled adventurer’s tale, the life you live will change your story that you want in tell today so much that when your skills are honed in perfection, the story’s not going in be the one you started out wanting in tell.

Knowing that you can’t go back again (something like that anyhow), it’s time to either ante up and start writing your story, or step away from the keyboard and go do something until you’re ready to write it. Dithering back and forth isn’t doing anybody any good.

In truth, I probably want in read your story, both the one you’d write today and the one you’ll write in five years that is ‘the same story.’ So with nothing to lose and everything in gain, it’s time to bite the bullet, quit making excuses and get the damned thing written.

As an afterthought, are you doing NaNo this year? Let me know you’re username for my buddy list in the comments and I’ll come find you.