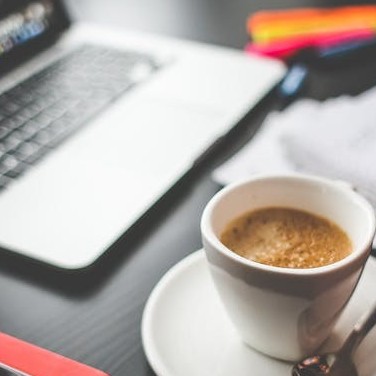 Everybody can be a writer? Can’t they? What do you want to write? Posts, novellas, serials, everything involving words was written by somebody, most of them are getting compensated somehow. Want exposure, no problem, write for us and our audience will be your audience. If you want to make money online from your writing, then read on, it’s not as hard as you might think, but it’s not an instant thing either. Below is a starting post, mostly about how to get started.

Oh, gosh, where do I start? There are so many hype-sellers running hard that it’s discouraging. Often I’ve considered just tossing in the towel, taking a shift-work position at Tim Horton’s and getting a regular paycheck. This, coming from a guy who’s literally been freelancing for four years as an accountant and a writer at the same time. *hint* the writing isn’t what’s paying for my internet connection, YET.

Watch out for the scams

This is the biggest problem I’ve found to date. You want to believe. They’ve made it, just look at their proof, never mind the disclaimer that this is not typical results, JUST LOOK AT THEIR DOCTORED PROOF!

Yeah, that’s how it goes. Most sellers on the internet, who are peddling some form of the slogan, ‘you can do it to!’ are in the game for only one reason. To make money. More specifically, to separate you from your money, and maybe help you along the way. But first and foremost they’re running a business, and that business model involves getting you to pay them for a perceived benefit. It costs most of us pennies on the dollar to get our pushy advertising in front of a stupidly high number of Facebook users, or Tumblr users, or whatever platform you want to focus on. For some, it’s all about the selling. It really really really is. “A fool and his money are soon parted” is a truism that has a solid basis in reality, more now than ever before.

Find what fits your style and run with it

There are a few writers I follow here and there, as well as some authors I only dream of being able to emulate. Jeff Goins has an understated energetic style. Brandon Sanderson is just a whole ball of creative bundled into a human form. Pratchett is, well, Pratchett. Shaunta Grimes and Zach J. Payne both fall more into a personal connection vibe.

Everybody has a style. Sanderson couldn’t consistently write blog posts if his life depended on it, but his longer works are amazing, his writer’s voice is hypnotic. Shaunta’s style comes across as that of an excited friend, hyper, enthusiastic, and ‘Hey! You gotta see this!’, which is captivating in itself. Zach’s style, well, I have never met the man in person, but he feels like a friend I have known since grade school, and that works well for where he’s coming from. Truthfully I read his stuff more than anybody else’s because I can relate to a friend’s words.

What is your style? There is no wrong answer here. I have different styles for different genres, and different voices for different platforms. I tried to emulate some successful sellers I’ve followed over the years, but it felt fake. I will talk to you, blog at you and lay it all out, like we were talking over coffee as it were. My style is mine, and no I can’t describe it. Maybe somebody else could tell me how I come across?

Practice, and learn to self-edit, your readers will thank you for it

Bradbury is quoted as having said “it simply isn’t possible to write 52 bad short stories in a row” and he’s right. Want to know the biggest killer of motivation, the slayer of more novels and authors than anything else in the entire world, or even the universe?

Editors don’t kill your novel, agent’s who won’t represent you don’t kill your dream, critics who rip your baby to shreds won’t do more damage than you yourself, if you don’t even start to write. We learn what we do, and the doing is the thing. Set a goal, make it happen. Then after enough time and practice, go back and see where you started and how far you’ve come. In a word, PRACTICE. Or as I heard one NaNoWriMo, BICHOK dude, and crank. [Butt In Chair, Hands On Keyboard, Crank out the words].

Bad words, wrong words, silly words, poetic words, run-on-words that flow into massive blocks of text, these can all be fixed. You can’t fix an empty page, which leads me to my next point.

There are courses, techniques and tricks to self-editing. Grammarly will only get you so far, granted it will teach you to get better but you need to learn to edit your own stuff. At least patch it and fill the holes so that a paid editor can get it to the publishable stage for you. I will go over some of those self-editing tips in another blog post but for now, just be aware that it is a thing that you need to do, and the resources are out there, you just need to find them.

Learn your craft and treat it like a business.

Guess what? You’re in the navy now… wait, wrong story. Right, it’s you are in business now.

There is a difference between running a business and running a profitable business. Can anybody tell me what the difference is? Right! Profit. Once you’ve gotten the habits of writing down, and the skills of self-editing coming along nicely, you can stop working on those aspects and get to writing your manifesto or epic tome that you’ve been dreaming of, right?

First rule of business, you’re never done learning; ever. Keep practicing, keep looking for holes in your skill sets. Keep pursuing excellence. The first rule of business is that you learn, evolve and survive. Or you die. Your craft is your business, and if you don’t keep up with the changing environment, then you’re not going to make it.

Second rule of business, keep records. Everything you’ve made (I’m up to almost $10 CAD in three months), and everything you’ve spent directly on the business. So at about $60 per month for the learning and the hosting, I’m down a couple hundred dollars net income. But that’s about how all businesses work. The money will come back and it will all even out, but to start, sometimes you need to put out the cash to get the resources in place so you can make the money. If you want your craft or side hustle to evolve into a real source of income, you need to treat it like a business.

Keep up the good work!

Having said everything else that I can in such a general article, I’ll leave off here with a call to action, or if you’d prefer, here’s a recap.

– Don’t believe all the hype. There is no fast way to make millions on the internet, at least not for most of us.

– Practice your own style, learn how you actually deliver words and then refine that until it matches the voice you want to deliver.

– Treat this like the business it is. A hobby is fine, but time is valuable, fiddling around with stuff for ages without progress means that you might as well be back on Facebook.

I think that’s about it for now. I’ll leave off, and get back to the story I’m working on. Duke.